Get fresh music recommendations delivered to your inbox every Friday.
We've updated our Terms of Use. You can review the changes here.

Collective: The Shape of He to Come 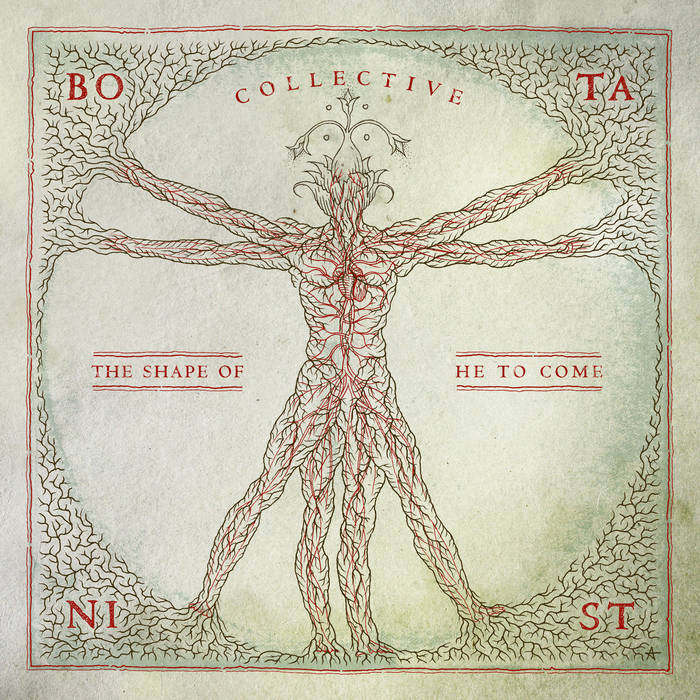 Erikzon the best botanist project to date Favorite track: Upon Veltheim's Throne Shall I Wait.

Kayb Still my favorite album of all time.

Alice M. I almost missed this because the first few seconds made me think this was dungeon synth or something. A colleague saved my day by forcing me to listen to it again.
more...

“The Shape of He to Come” is the first of the “Collective” series, which means that it diverges from the model of Botanist studio albums as the result of me, Otrebor, doing everything, and instead recording more like a full band with distributed responsibilities. “The Shape” stands as a testimonial to the work, time, and effort that six of us put into rehearsing, touring, and composing from the years 2013-2016.

The origins of “The Shape of He to Come” came from my desire to give all the members of Botanist live the opportunity to contribute to a studio record; to give them a greater feeling of inclusion in Botanist -- and also to see what they were capable of and what my options would be for further inclusion in numbered Botanist albums.

The resulting album turned out wonderfully. I took some pre-existing drum tracks that I recorded in 2010 and gave them to D. Neal and R. Chiang with instructions to do what they wanted. Initially, the album was meant to be a 3-song EP, with the three songs being divided amongst Neal and Chiang as to who would take the “lead” and who would write complementary parts.

That proved to be trickier than I had thought. A combination of Neal’s exuberance and the challenge Chiang found himself in writing music to drum tracks led to Neal writing and recording all the dulcimer parts for the three longest songs (“The Shape of He to Come,” “The Reconciliation of Nature and Man,” and “Upon Veltheim’s Throne Shall I Wait”), and Chiang writing and recording two of the segues that were unrestricted by drum arrangements (“To Join the Continuum,” “And the Earth Throws off Its Oppressors”). Neal also wrote the bass guitar parts (with the exception of the parts on “Hail Azalea,” which were written by Bezaelith), with all bass guitar expertly performed by Balan on the album.

D. Neal and R. Chiang both recorded their outstanding composition that would be much later named “Praise Azalea, the Adversary.” This piece was performed as an intro to most of our live shows, but without vocals, which were added for this album.

I composed and recorded the keyboards, which were added after the main compositions were done.

All lyrics and song titles were written by me, with the intention to deviate the content of the album from the more standard Botanist fare of romance-meets-science, and into something more overtly philosophical and spiritual... even theological. I wrote the vocal parts for the three long songs.

Since all six members that were part of Botanist live from 2013-2015 had to be included, and the bass guitar had already been accounted for by the (then) current bassist, Bezaelith was asked to contribute her amazing melodic vocals to the songs. (Bezaelith wrote the vocal parts to the segues.) I saw this as a perfect opportunity to test the waters with my own melodic vocal abilities, and to see how well they would turn out in the interest of developing them further down the solo album line. Thanks to Bezaelith’s inspiration and support, my confidence, ease, and ability to sing melodically grew exponentially with this record. The result marks a major divergence in the Botanist canon.

Last but not least, the presence and vocal contribution of A. Lindo (aka “Golem”) was mandatory. Lindo is the voice of all the harsh parts on the album (with one minor line in one song that is doubled by Otrebor, who also does the spoken parts at the end of “Reconciliation”). He wrote the vocal parts to “Praise Azalea, the Adversary,” to which he also composed and performed the harmonium parts. Like his remarkable stage performances, Lindo’s intense, fearsome, and sometimes eerily weird vocals punctuate the sections with lovely melodics in a way that I love. I hope you do, too.

“The Shape of He to Come” was recorded in various home studios in Northern and Southern California from the years 2010-2016, and mixed and mastered by Jack Shirley @ The Atomic Garden, East Palo Alto, CA, in December, 2016.

Artistic concept and work, and layout done by Irrwisch Artdesign.

Special thanks to Zaragil for inspiration on the song arrangements.

Bandcamp Daily  your guide to the world of Bandcamp